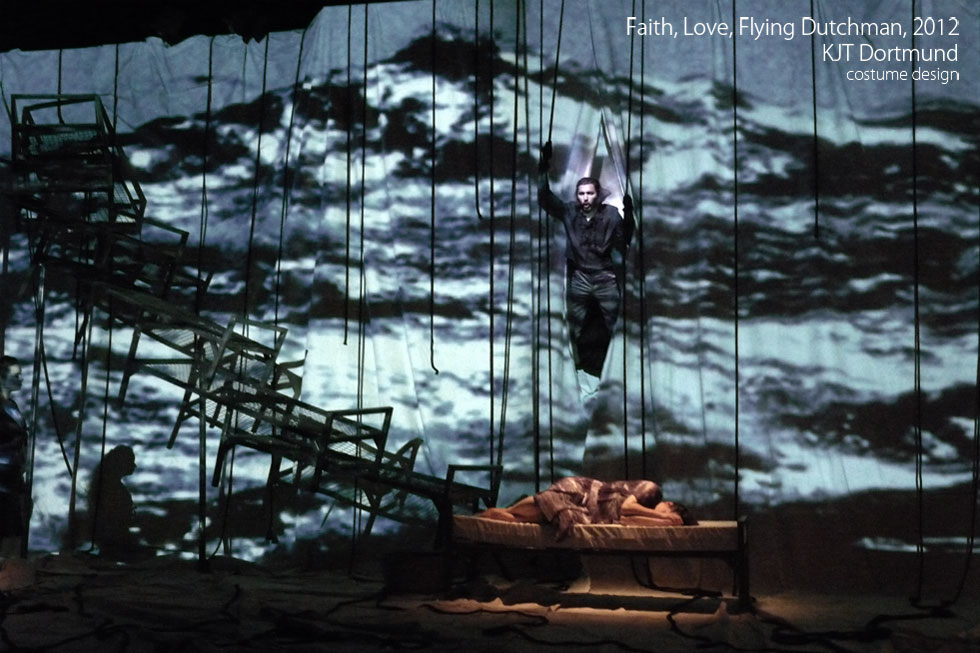 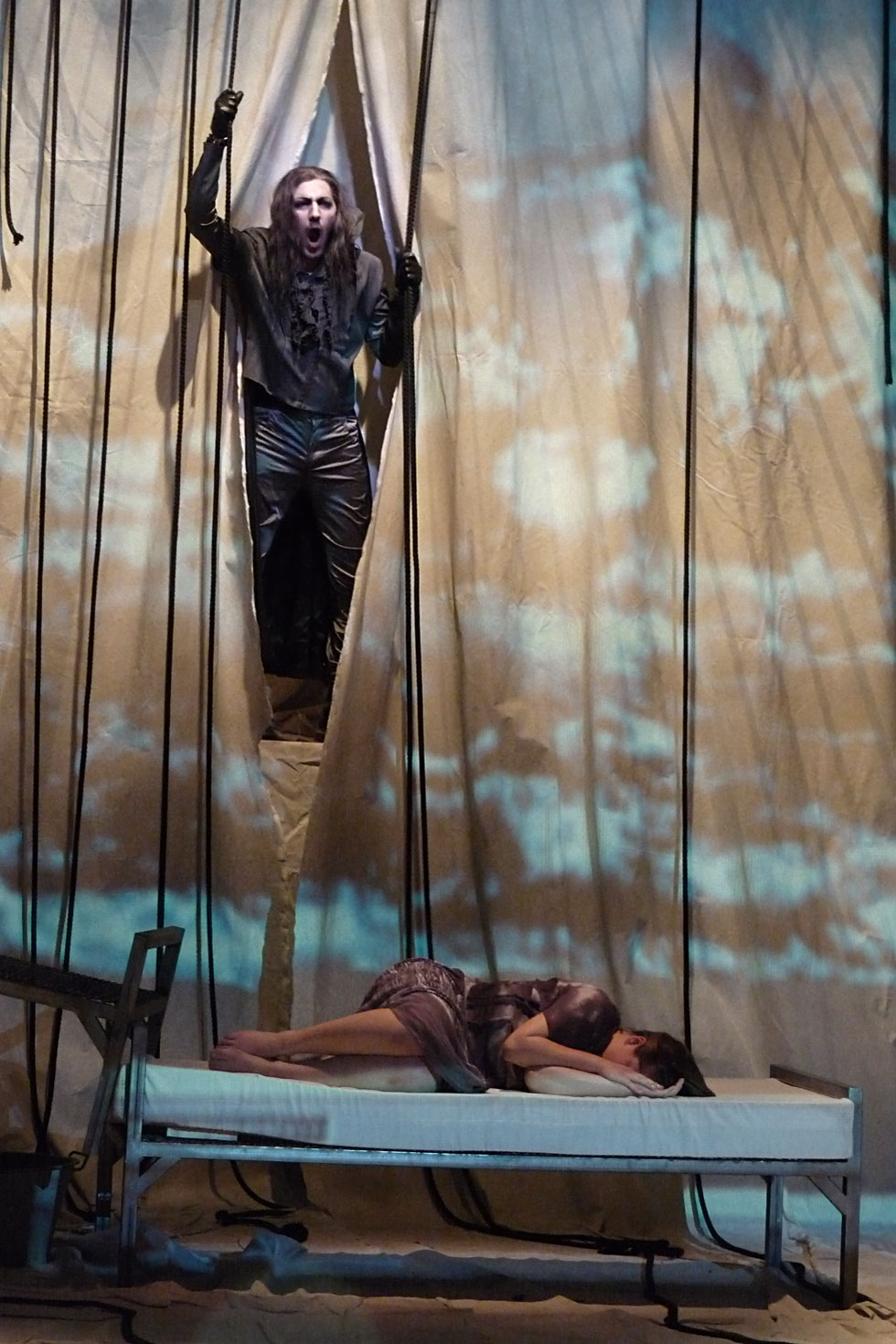 This stage play is based on Richard Wagner’s Flying Dutchman. In this piece not only do opera singers take part, but also actors whose role it is to lead young pupils towards gaining a better sensibility for Opera. Besides the music it was also important to approach sensitive subjects such as love, faith and suicide in a modern way. The costumes worn by the actors are modern and simple. Senta’s dress is made of a sea and sky printed fabric which expresses her desire for the sea- dwelling Flying Dutchman. 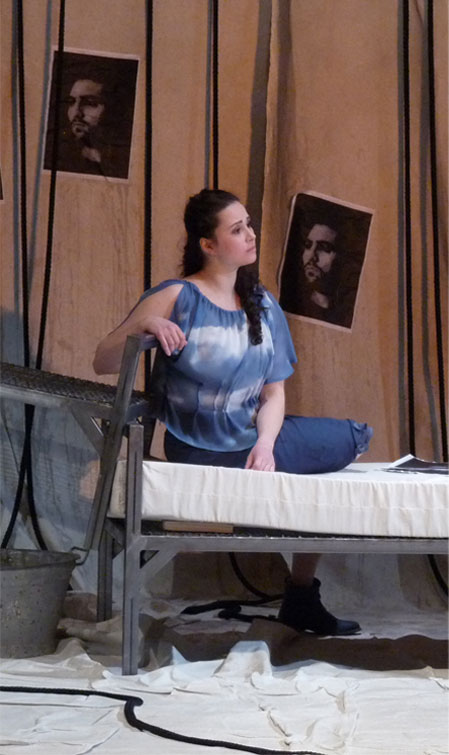 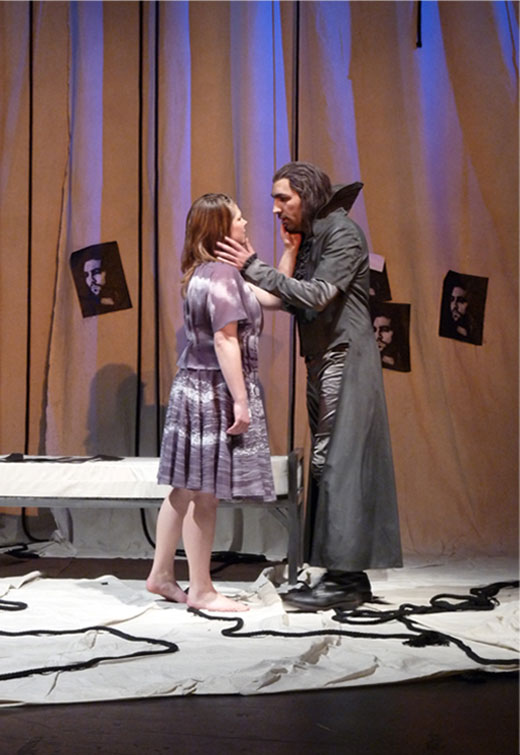 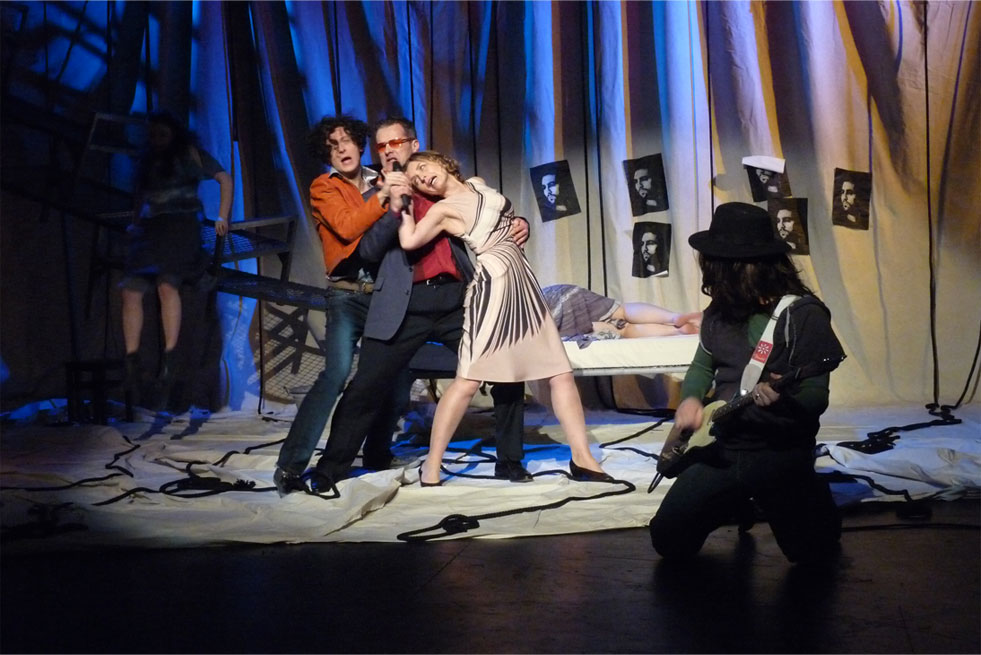