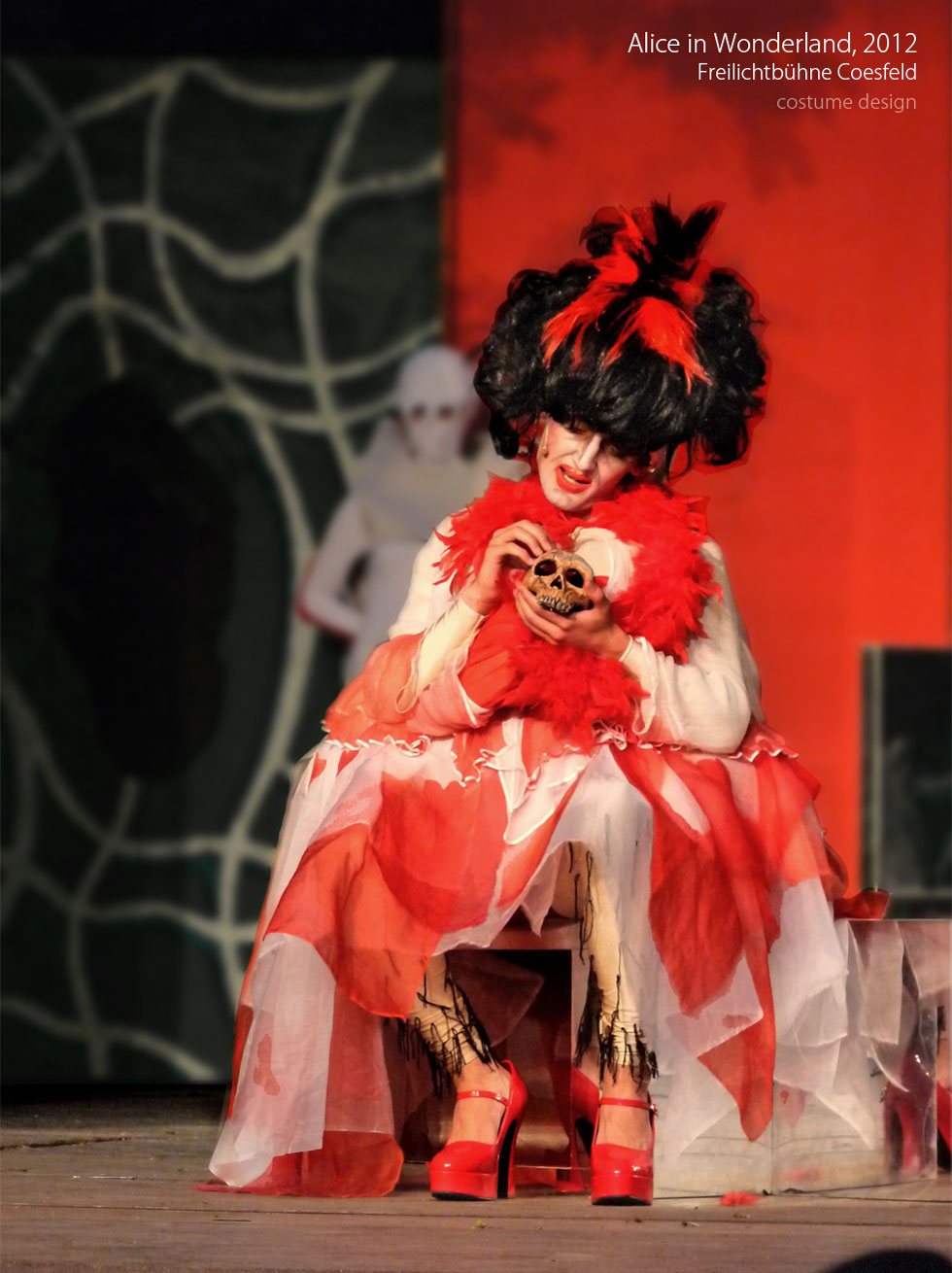 Alice is lured by the white rabbit into Wonderland. She meets many strange creatures in an odd land which has been ruled for a long time by the intimidating and menacing Queen of Hearts. The young Alice provokes and challenges the Queen, while helping her new friends to fight for an independent Wonderland.  The musical Alice in Wonderland enchants young and old alike. Its individual parts are attributed to different countries and the costumes and music inspired by them. This has therefore resulted in a colourful and fanciful piece with lots of surprises.  The Blue Caterpillar with his six arms was inspired by the Indian god Shiva and he dances to Bollywood music. Small flowers move in the wind while Japanese music plays in the background. Tweedledum and Tweedledee dance a Russian polka. 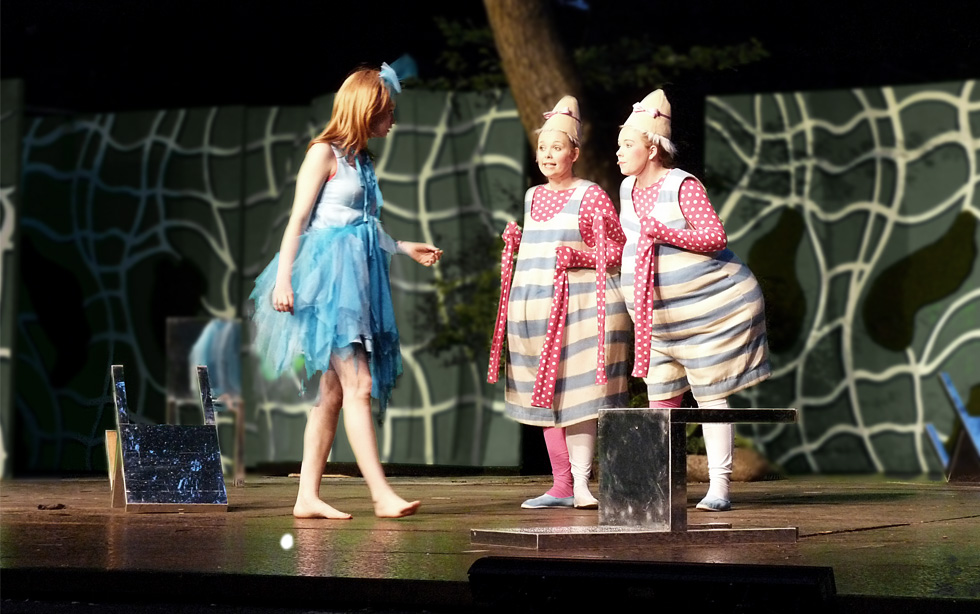 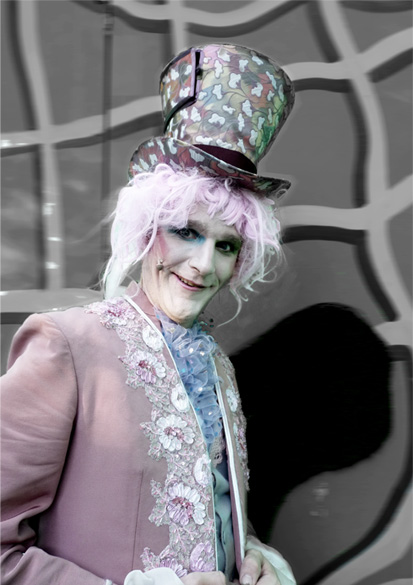 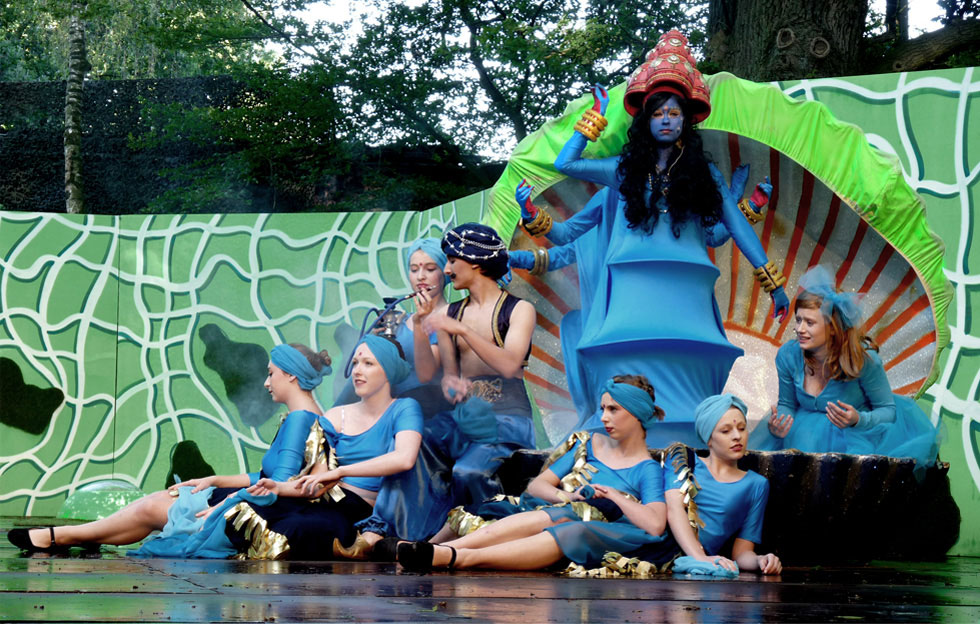