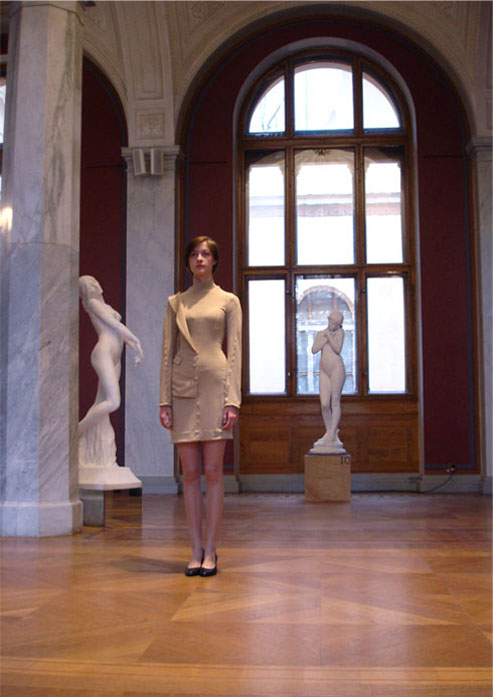 Artist duo Lundahl & Seitl has created an immersive and participatory artwork Symphony of a Missing Room, presented as part of the National Museum‘s experimental exhibit on „Museum in a new light“. Taking the form of a guided tour, visitors instead experience an orchestration and manipulation of their perception of time and space. „Symphony of a Missing Room“ is a journey through the National Museum, which is both collective and highly personal. Visitors are guided by a voice in wireless headphones through simulated virtual space, walls, passageways and huge exhibition halls. Choreographed movements and a multisensory orchestration of touch and movement synchronized with an advanced 3-dimensional sound recording, create a sculptural dimension and architecture in our minds. Time and space are distorted and visitors find themselves in a new world. „Symphony of a Missing Room“ steers our attention away from the visible ordinary world and turns our gaze towards consciousness itself. Here subject and object relations converge into a complex unstable relationship between the signifier and the signified, the observer and the observed.“ Salzburger Festspiele 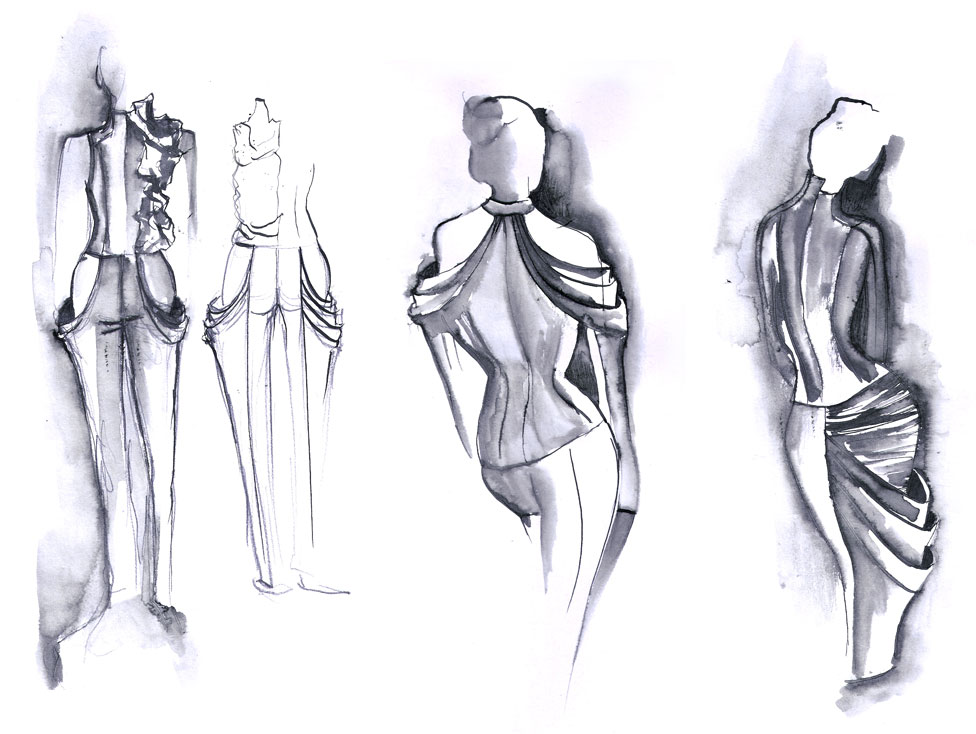 Although the performance was developed at museums which housed old sculptures, at the Victoria&Albert Museum for example, the costumes were inspired by such sculptures as well. The visitor recognises asymmetrical draping typical of Roman sculptures. The perfection of form and its sudden ending is presumed to be a piece that has been broken or left unfinished. One nude sculpture I saw had seams as it had been made from a cast. I placed the seams on the guide’s dress at the same places.

I was fascinated by the fact that a sculpture is made out of one material and that, even if it looks like it has more layers, it actually has only one. I tried to adapt this idea to make single layer garments. Additionally I used the same skin tone of the actor so that the actor and the dress become one. 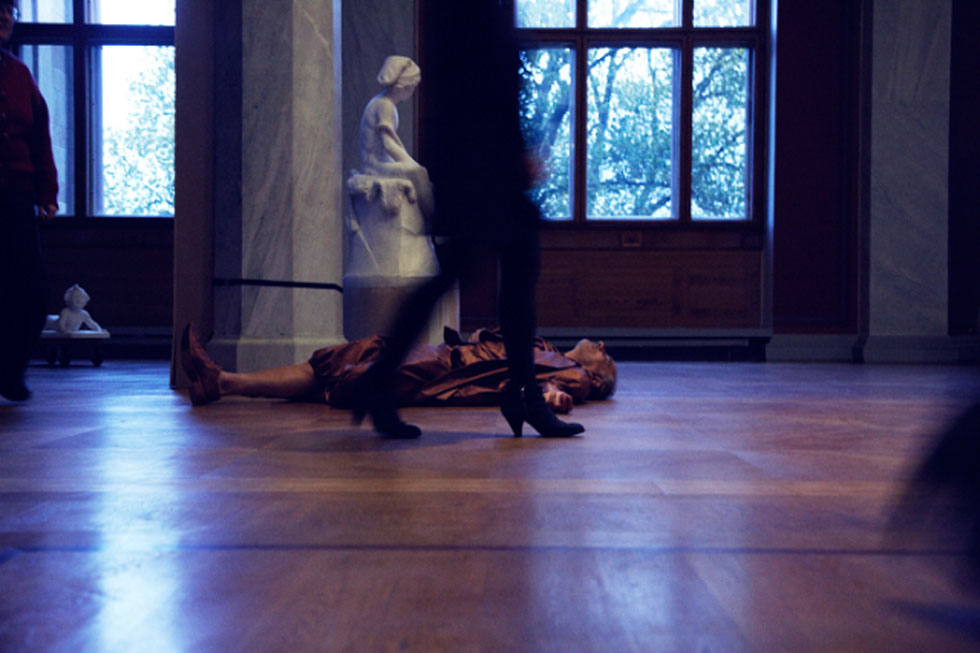